So, I just got the following e-mail from the purchaser of a past eBay transaction:

If you mailed this item, where did you mail it from. I ordered two of these cups at approximately the same time. One has arrived, one has not. The one that arrived was not mailed from OR where your site states the item is located. I am trying to discern which of the two orders has arrived. Too many of my packages get lost in the US mail. Thanks for your help.

The “item” in question is a Hallmark mug.  So, I check my shipped items listings on eBay.  I responded with an upbeat message, confirming that I am indeed located in Oregon, that tracking #xxx shows that it was mailed out on April 2nd and delivered on April 4th.  And ended it with a “Hope that helps!  :-)”
Obviously, the buyer has already said the one that arrived didn’t come from Oregon.  Who knows if that info is accurate.  USPS tracking says it has been delivered.  I didn’t buy any kind of insurance.  If the buyer comes back again saying that they never got it, do I have any options other than just refunding their money?  I’ve never had a package go missing before.  The fact that they say it happens often also feels suspicious.

What would you do?

I’ve been thinking about this quite a bit lately.  Why is it that I am playing with this eBay thing?  Is it just an addictive hobby?  Can I, am I trying to, make a substantial amount of money?
When the whole lottery frenzy was going on a few weeks ago, it helped put the situation into perspective for me.  I didn’t even buy a ticket, but I was fantasizing along with the rest of the country . . . . what would I do if I won millions upon millions of dollars?
At that time I was finishing up my second typing project.  If I won millions of dollars?  Man, I would drop that typing project in a hot second.  It wasn’t HARD, but it also wasn’t FUN.  I had started to dread it.
But eBay?  Or (let’s be real) thrifting?  Yes, I would still want to go thrifting, even if I had millions in the bank.  I love the hunt.  And I would still want to eBay, to share my treasures.  Because even though I love finding the deal, I generally don’t want to keep it.
So isn’t that the dream?  To have a job that you sincerely love doing?  I guess I should also inject, that in addition to being a full-time mommy, I do have a very part-time “real” job.  I was a librarian pre-babies, and even though I was able to resign from my full-time job after baby #1 came along, I have continued to work as a sub.  I always say, “How do you make a job really fun?  Only do it four hours a week!”  I generally look forward to my one or two shifts that I work in a week, getting to go in and catch up with whomever I am working with that day, helping the patrons, and I really believe that having a chance to miss my kids once in a while makes me appreciate so much more the fact that I am able to be home with them the rest of the time.
And honestly . . . I like the freedom of not working 40 hours per week.  I know my husband expects that I will go back to work once the kids hit school age (probably assumes that I want to) . . . but the reality is, the idea does not excite me.  (Although, being honest, I do sometimes dream about what we would do with the paycheck I was making before kids!  You know, assuming it wouldn’t actually all have to go do daycare and other work-related expenses.)  It’s nice to have the “eBay thing” as a potential alternative to the 40 hour work week.
So where is this rambling post going?  Realizing how much I really do enjoy eBaying has made me value it more.  Previously I’ve been the sporadic eBayer.  I’ve taken advantage of the 50 free listings each month, and the free listing days.  But . . . with the amount of stuff I have already bought to resell, and yard sale season coming up fast, that is no longer going to be sufficient.  So I opened a store.  And I went from 0 to 60 in no time flat!  I leapfrogged over the Basic Store, and went straight to the Premium Store.  Because the reality is . . . . I am never going to be one of the people who focuses on the high-end merchandise.  At this point my listings are quantity instead of “quality”.  I mostly sell kids items.  That’s just where I’m at in my life right now.  And a lot of the things that I list are small potatoes.  I won’t make much off of them.  But for me, it’s fun stuff.
So . . . for fun . . . or . . . for profit?  Hopefully a little of both.  And for now, that’s enough.
Look at this!

Yup.  Not only did I ***finally*** open a store, but this morning when I logged on I noticed I now have the Power Seller icon as well.  Now I need to do a little research and find out exactly what that means.  I am beginning the shift from slackerish eBayer to focused eBayer.   I think having a store will help to hold me accountable.
Off to get some work done.  I’ve got lots and lots to list!

Ya know I love to buy and sell plush.  Here’s one to keep an eye out for – the Looney Tunes Road Runner!  Unfortunately the one I have is small, but I’ll definitely be keeping a sharp eye out for the big ones from now on.

Just a quick check-in.  I haven’t been doing much eBaying in the last week.  The last few days have been hectic in other ways (baby turned 1!, parents visiting, Easter celebrations) and this week my husband is on vacation and we are heading to the coast for the next few days.

It’s been really nice to take a break from it all – I’m even going to skip my Monday morning thrifting <gasp>.  But when we get back I know I’ll be ready to jump right in.  Which includes . . . . finally, finally, FINALLY opening a store! 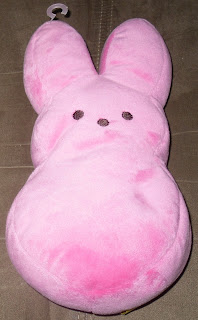 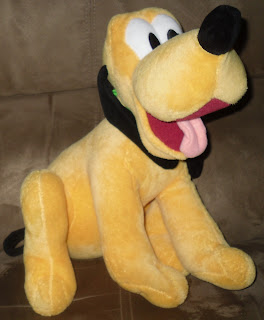 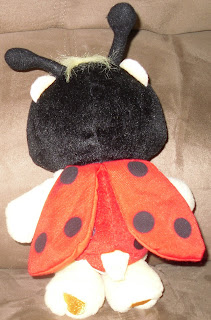 My son is slowing obtaining a great collection of costumes. 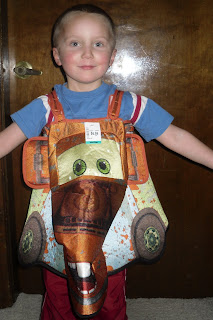 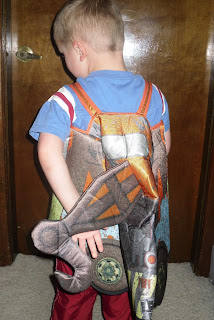 And my favorite purchase of the day – I think I will make oven mitts one of my regular stops at VV, just because they’re fun!  I listed this late at night, and when I got up the next morning it already had multiple watchers.  Still hasn’t sold though – yet. 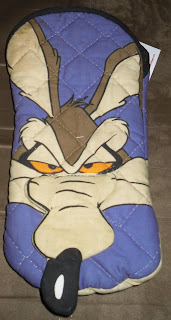 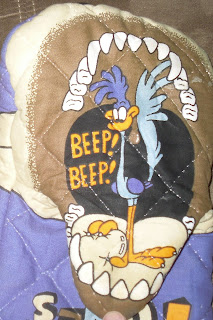 And this I bought from a friend ($4) from a
FB sales site she recently added me to: 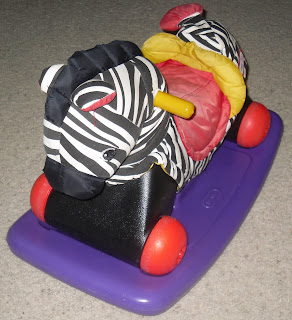 And, here are most of the goodies I picked up this morning: 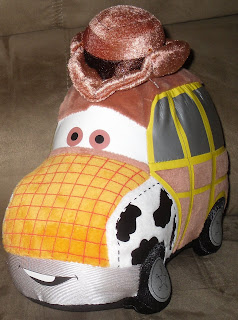 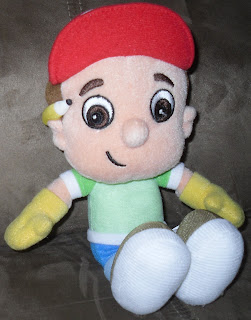 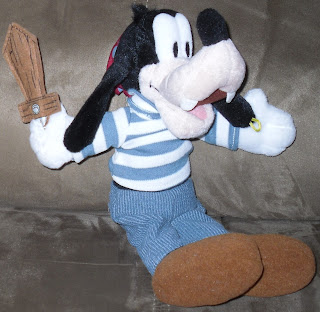 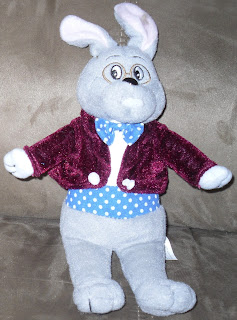 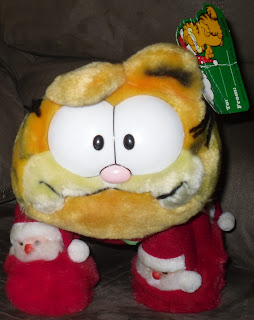 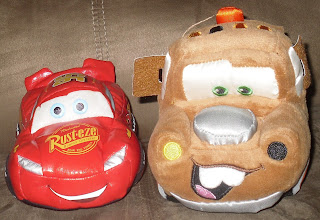 I almost forgot to share my happy news – I am ***finally***!!! done with my typing project!!!!  Can you tell I’m a little excited?  I finished last night at 2 a.m., handed everything off this afternoon and got my paycheck.  She told me that if I ever want more work to just let her know, she’ll have something for me, which is nice for my ego, but right now I do NOT want more.

Adding that to my VV trip this morning, an Easter egg hunting party for my kids with some friends this afternoon, SUNSHINE for the first time in what seems like weeks (!), and Book Club with some work friends tonight, all made this a great day!

I know I’m not the only one who loves reading BOLO suggestions on other blogs – but when it comes time to use the information, as least for me, it can all become a hopeless jumble in my brain.
Last weekend the weather cleared long enough for me to hit three yard sales on Saturday morning.  At the second sale I was making my way through several boxes of children’s books that were a very odd/interesting mix of current chapter paperbacks and vintage picture books.
And I came across this: 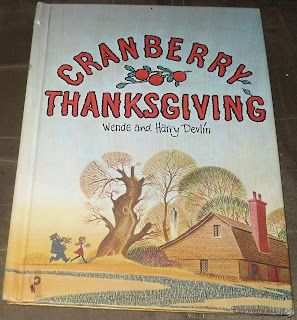 Something in my brain stuttered and then clicked.  I’ve seen that title before . . . somewhere.  I think?
It was only a quarter, so I put it in my pile to buy.  I looked it up when I got home and it’s currently selling for $15 – $20.  Nice.
Now, I am a big fan of yard sale/thrifting/eBay blogs.  I read a bunch of them.  After awhile I can’t remember where I saw what.  And then yesterday, my brain offered up an idea as to where I might have come across it:
Dooyahavwun?
I am already starting to forget all of the countries that I have shipped items to since I started eBaying about 8 months ago.  I’ve been meaning to see if I can add a map somewhere on my blog to keep track . . . but that sounds hard.  So I haven’t even tried.  Yet.  Anyway, here’s a list, that I will try to update occasionally, just so that I have the information somewhere.
Australia – Care Bear (sale pending – “bought” but not yet paid for) 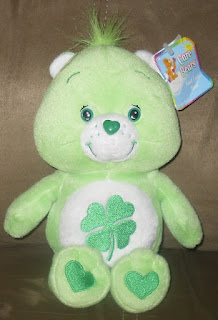 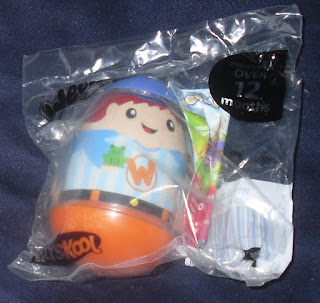 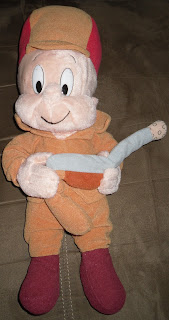 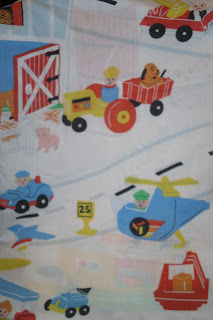 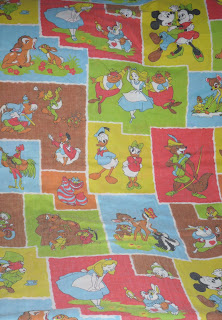 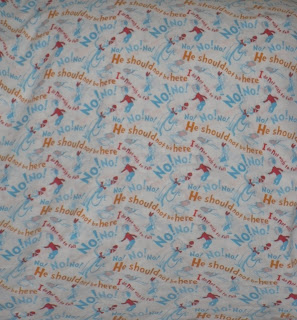 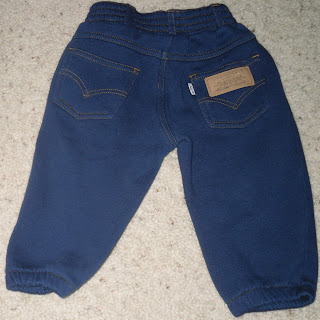 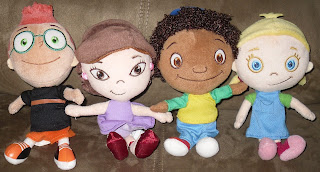 I’m sure there was one or two more that I can’t think of off the top of my head.  I think I sent one to Israel, and I had a sale to Egypt that was never paid for.  And maybe one more?

So far, shipping internationally has been very easy.  I print the postage and customs forms via eBay, which makes it a breeze.  My brother’s family lives  in Japan, where I have shipped many packages, so I can tell you that eBay makes it easy on us.

Here’s hoping the international sales keep-a-coming!
Okay, so I’m not getting rich off this sale.  But boy, was it fast!
I listed these at 9:47 p.m. tonight: 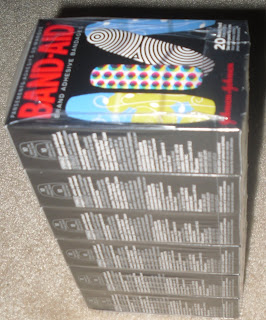 Granted, not a high-profit sale.  But I picked up a bunch of these inexpensively recently, and what I am selling will more than pay for all that I am going to keep for us.  Gotta love that.

Good news.  The Hunger Games gal paid for the magazines today!  Waited almost a week to do so, but paid is paid.  I was really surprised, but in a good way.  No more complaints out of me.