That my consignment sale stuff will sell.

Last night was NOT a roaring success.  It was the volunteer presale, and 2 (!) of my 115ish items sold.  Nothing to get worked up over, I know.  But, I just went to the consignor presale.  Holy sticker shock.  The majority of the items I would have been interested in were way above my price range.  And most of those weren’t marked to be reduced as the sale progresses.  It gives me hope that people may come across my items and be thrilled – because in comparison they will look like a steal!

I did pick up a few things for the purpose of resale.   Some of which I overpaid for (vs. yard sale prices), but what can I say, I got swept up in the fun.  And I like knowing that my purchases will show up on someone’s sale list tonight, and make them happy.  🙂

I realized after I left that I never even got around to looking at books, movies, etc.  The sale runs through Saturday.  I plan to head back on Friday evening when consignors can shop the 50% off sale.  Maybe some other good finds will be unearthed by then.

It’s been several weeks since I did one of these posts.  Here are some of my favorite sales from the end of February.

I picked this up at GW several months ago, and it has been riding around in the trunk of the car my husband drives ever since.  We swapped cars last week, and since it was home I took it out and snapped some photos.  I was just planning to list it on Craigslist, but when I searched for it on eBay I couldn’t find any.  I thought I would try listing it high there too, and it sold in less than a day.

I dug out my other tote of PVC toys and have been working on getting them listed.  When I looked this item up on eBay I could only find one other listed for $50 + shipping, but didn’t find any that had actually sold.  I listed it lower, and it sold overnight – maybe I listed it too low!

I listed this lot around the same time, and it also sold in about a day.
And this one:

This was in a bag of Legos I picked up somewhere (VV maybe?)
I pulled this piece out to sell separately.
This sold in about a day . . . twice.  The first buyer never paid.  The second did – it was my first time shipping to Puerto Rico (no different than shipping to the U.S.)  His head was HUGE!  It was hard to find a box that it would fit in.

No idea when/where I picked this up.  It ended up in the eBay pile when I was cleaning out my son’s drawers recently.

This guy was big – approx 22″ tall.
Little People Camping Set.  This was darned cute, and in great condition!

I also ran a sale in my store for the last couple weeks of February.  20% off a bunch of stuff.  I’d guess between 10-15 of those items sold.  Nothing super exciting – just nice to clear out some inventory that’s been hanging on for a long time.

After some slow plush-selling months (September/October-ish), sales in that department have picked back up.  I have had a few lately that I’ve officially added to my BOLO list.  The following items are not on my BOLO list because they are particularly HIGH sellers – but instead because they have proven to be CONSISTENT sellers.  Including:

Littlefoot (The Land Before Time)

Two of these three I sold very recently.
I probably got between $15-$20 for each.  Both sold in less than a week.

Bumble the Abominable Snowman
This one was big-ish, and sold for around $30 in less than a week.  I’ve sold a couple of the smaller ones as well, which took a little longer (probably for around $15).

I don’t find these very often, but will buy them when I do if they are in good condition.  (They snap closed into a circle/ball shape – I always make sure they will open/close properly.  I’ve found broken ones before, which I would not buy.)  The last one I had left finally(!) sold this morning.  It had hung around for six months or more.  I have sold three or four others, and they all sold in less than a month, so some are obviously more desirable than others.  They probably sell in the $15-$20 range.

And finally, I want to give a shout out to the Care Bears.  It’s no secret that they are good sellers.  They’ve sure been zipping out my door lately – to the point where my storage tote that is dedicated specifically to Care Bears is almost empty!

I know, none of the above are huge ticket items.  But I love to sell plush, and when I come across another one that’s a sure-seller, it’s a happy day.

P.S. After my lament regarding my lack of BAB plush sales, I have actually sold several!  Yay for that.

Again?  A third package has now gone missing.
Package #1 was this mug:

The buyer said it was never delivered, and blamed her Post Office, citing multiple delivery issues.  She told me she did not expect me to refund her money, but I ended up refunding it anyway, less shipping.
Here’s package #2:

I waited a couple days after the buyer notified me of the issue, hoping it would just resolve itself.  It didn’t.  I ended up calling the USPS 1-800 number.  The USPS rep was nice enough, said they would look into it.  I called on a Friday, and the rep said I would get a call back by the following Tuesday morning.  The package was well over a week late at that point.  But, it was found somewhere, because by the time I got the follow-up phone call the package had been delivered.  No idea where the hang up was, but it was kind of an “all’s well that ends well” scenario.
Today I got an e-mail about Package #3:

This item shows it was delivered August 11th.  Here is the buyer’s e-mail:
I just checked the tracking number and it shows that the item was delivered on Aug. 11 at 9:15 am. We were not home until that evening but saw no package at our home. do you have any additional information regarding the shipment of the item?
Of course, I don’t have any additional information.  I just know what she knows.  I looked at the FAQs on the USPS website, and e-mailed her back with some info from it, including their 1-800 number, and asked if she had any family members that might have picked it up and forgotten to tell her, or nearby neighbors it might have been delivered to in error, etc, etc.
So am I just “lucky” with all these missing or delayed packages?   Anyone else have issues similar to these?  Or a policy with which to handle them?  Anyone know if eBay still considers us responsible for these packages, once the status shows delivered?
If I end up refunding the money for the Care Bear I am probably out less than $3 including shipping, so it’s not the end of the world . . . mostly just annoying . . . gripe, gripe, complain, complain.
I’ve done fairly well keeping up with my listing goals so far this month.  And guess what I’ve discovered?  The more I list . . . the easier it gets.  More and more frequently as I reach over to grab my next to-list item, I find that it is an item similar to another item I already have listed.  Another boys Old Navy puffer vest?  Sell as similar!  Springbok puzzle?  Sell as similar!  9″ Care Bear?  Sell as similar!  “Sell as similar” is quickly becoming my best friend.
As I type, I have listed 71 items over the last 15 days (which includes 3 days where I have listed no items at all).
And the icing on the cake?  The more I list, the more I sell.  I have sold 51 (!) items since July 1st.  I couldn’t believe it when I counted them all up.  That is A LOT for me.  Of those 51 sold items, 20 were new listings since July 1.
Including:
I sold several Care Bears.  This guy (Cozy Heart Penguin), Good Luck Bear, and Grumpy Bear always sell quickly for me.
I was surprised this wasn’t worth more:
These weren’t worth as much as I was hoping either
(I won’t be spending this much per book again):
Love ten cent books!
Isn’t he cute?!
This was listed at several dollars more, but the buyer messaged me and asked if I would take less.  Sure, whatever.  I’m happy with the quick sales.
I bought a big box of three sets of books for $5 total.  This was the first of the 3 sets to sell.
This is the second set of Hulk gloves that I have sold.
The first pair did not make the “smash” noises.
I was happy to see these hats go, since my little one has outgrown them.
This is the second set of the vintage books (I paid $5 for total).
These had a bunch of watchers right away.

I bought a bunch of bears for a quarter each.  I thought about doing it the easy way and selling them all in a lot . . . but eventually decided to list them individually.  They are so easy to list and ship.  If I end up with some still hanging around in a couple months maybe I will think about putting them in a lot together and selling them inexpensively.  (For Care Bears, it seems more profitable to sell them individually vs. in a lot.)

We had one of these when I was a kid!  It was kind of exciting to find it.  But, I really didn’t have a need for it, so onto eBay it went.
I’ve sold several Victoria’s Secret dogs.  For some reason this one (leopard print with big pink polka dots) immediately had quite a bit of interest/watchers.
I know these aren’t big ticket items, but I am having fun, and even the smallest of sales add up eventually.
It’s almost midnight here,
and this is the second day in a row with zero new listings.
This weekend we did this instead:

So, for the first time all month, I am a few listings behind my goal.  But it’s okay.  Sometimes a little break is a good thing.  I’ll catch up tomorrow.

I’ve been running a 20% off sale on most of my plush for the last three days.
The results?
I’ve sold 17 items over the last 3 days.  For me, that is a lot!  Especially since that includes a Sunday.  When I opened my store a little over a month ago I assumed that weekends would be some of my busiest selling times.  Reality – not so much.  In fact, I have had at least two weekends with a grand total of zero sales for both Saturday and Sunday.  I’m not sure why that is.
Of my 17 sales, 7 were plush and 6 were on sale.
Here are the ones that sold on sale: 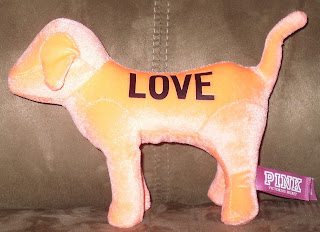 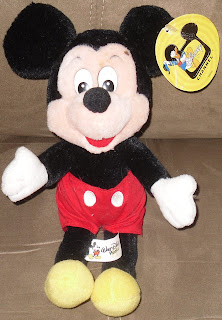 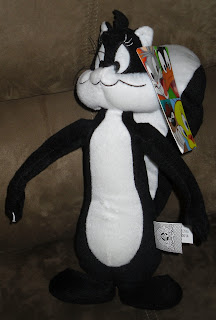 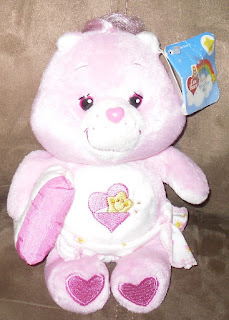 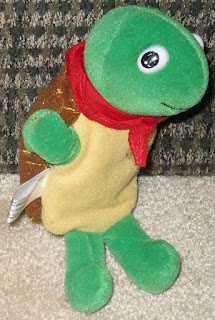 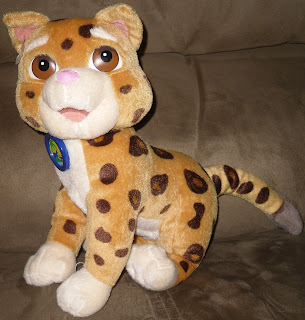 And this is the one that sold at full-price.  I bought 8 NWT Care Bears a little over a week ago, and 4 have already sold.  Yay! 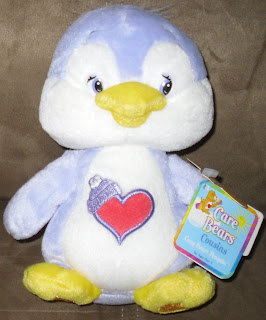 I’m happy with the results of the sale.
I’ll probably run another one in a week or so.