After the first full day of the consignment sale, I have sold 75 of my 390 items.  I originally thought I dropped off 395, but, unbeknownst to me, the four-year-old liberated a few of the toys while I was otherwise engaged.  Whoops.
I’m not sure if I should be happy with that number or not.  There are still two days of the sale left, so I am sure more will sell.  I stopped by the sale this morning, and it left me feeling anxious.  There is a LOT of stuff for sale.  How in the world are people going to find my stuff amongst everything else?  It’s kind of overwhelming.  Also, I dropped my stuff off the first of two drop-off days, and I realized as I browsed that this may have been a mistake.  Because most of my stuff was buried under/behind what was dropped off after me.  Every time one of my items caught my eye I (slightly guiltily) pulled it out and made sure it was visible.
I just don’t want to end up bringing most of it back home.  That will not make me happy.  Sigh.
And, on to the what??????????? portion of this post.  Be forewarned, I am going to complain.
Why in the world are international eBayers buying my items and then just deciding for themselves how much they should pay in shipping?  What????  I’ve always been happy to ship internationally, and I say so in my listings, but I also say:
International bidders are welcome, but please contact me prior to bidding for a shipping estimate.
That’s directly from each and every one of my listings.  I guess I should change the phrasing because I am no longer using auctions, but still, you get the gist.  I would say about 90% of the time the international bidder does NOT contact me prior.  They just go ahead and buy the item.  BUT – up until the last couple weeks, said bidder would then wait for me to invoice them, and would paying the shipping amount I determined.
But the last couple weeks?
First I sold this jacket to a gal in Australia: 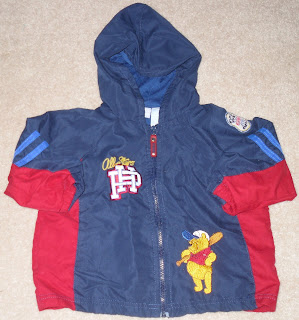 She paid for the jacket and added on $10 in shipping.  Why $10?  No idea.  I contacted her and let her know that if she wanted first class international shipping she had overpaid, if she wanted priority she had underpaid by $3.  Which was her preference?  She wrote back, very nice and apologetic, letting me know this was her first eBay transaction and she wasn’t sure what she was doing.  She asked me to please invoice her for the additional cost and to send the jacket priority.
Well, darned if I’ve been able to figure out how to send a second or revised invoice since I’ve opened my store.  It’s one of the many little (annoying) things that are set up differently for us store folks.  And, it was only $3.  So I mailed the coat, and sent her an e-mail that said something like:
I decided to cover the additional cost for you.  I mailed your jacket yesterday.  Welcome to eBay!  🙂
Fine, no big deal.  After my initial confusion it was not annoying.
A week or so later I sold this jacket (to someone in Latvia!): 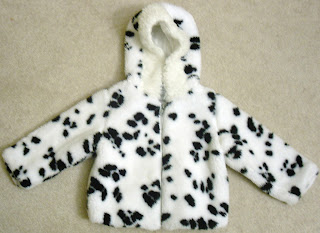 And they also tacked on their own shipping costs.  $3.50.  !!!???!!!  No idea where this number came from.  But it came nowhere close to covering the shipping costs.  I think the cheapest way to ship cost around $18.  So I e-mailed them to let them know that, and asked if they wanted me to invoice them for the additional cost (assuming I can figure out how), or if they prefer that I cancel their order and refund their money.  A couple days later I get this response:
“Tanks!”
Ummmm.  I’m guessing they meant thanks?  But, thanks for what?  Do they want the invoice or the refund?  I’m not sure.  I sent them another e-mail, asking for clarification.  Surprisingly, in all of my past international eBay transactions, language barriers has not been an issue.  I’m thinking it may have been in this case.  A couple more days went by and I heard nothing back from them.  So I finally just went ahead and refunded their money.  Still no response.
And then this afternoon, I sold these to a buyer in France: 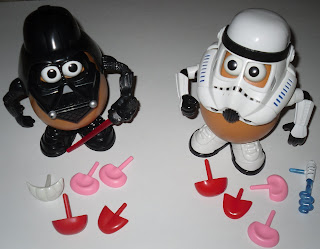 Who paid for the potato heads, but added NOTHING for shipping.  Um, nope.  That’s not going to work for me.  I e-mailed them letting them know the cheapest shipping available costs almost $18, do they want to pay it or would they prefer a refund, blah-de-blah.  We’ll see what they say . . . .