I’ve been thinking lately about what my “niche” should be . . . and then yesterday I was scrolling through my list of items sold and realized I’ve already settled on one.  I am sure it is not the most profitable thing to sell, but kids’ toys (and clothes to some extent) are definitely what I am most drawn to, whether at yard sales or thrift stores.  Here are some of the items I picked up yesterday at my local Value Village.  I spent almost $40 total – that’s a LOT for me!

When buying plush I usually only pick up “characters” that I recognize.
But this guy was cute enough I thought I’d take a chance on him.

I also really love to buy costumes.  I sold a bunch this last Halloween.  Apparently it had been awhile since I’ve made it to Value Village, because all three of these were the half-off color.  The Buddy costume for sure I would have already picked up if I had seen it before.

I will probably list this, and secretly hope it doesn’t sell:
Buddy is probably a 3T-4T, so a little too small for my oldest.
But he’s having fun wearing it anyway. 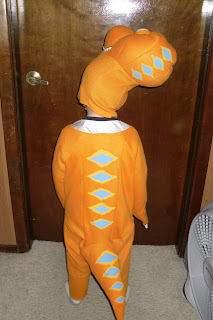 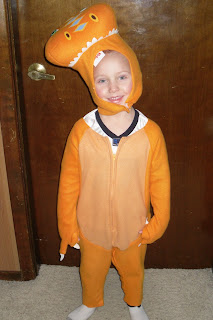 I also came across this big box.
It looks like it has some selling potential.
And, last but not least, we found 4 lightsabers!
These I have hidden away, not to be pulled out until Father’s Day rolls around.  Shhh.