I can’t help it.  I love a good costume.  Or maybe, I just love costumes.  Because not all of them that I bought this summer to re-sell were good.  But first, let’s look at what did sell. 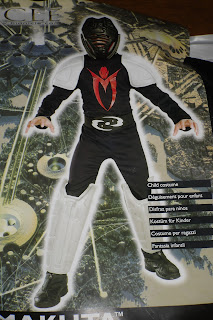 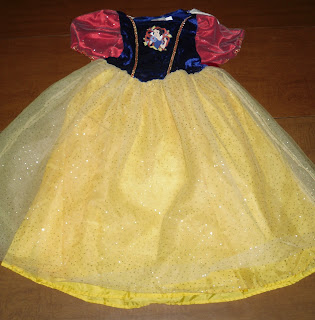 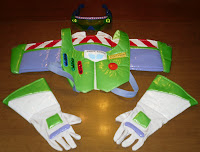 I actually had a chance to buy two more of these costumes at a consignment sale, but I had just bought the one I already had and was not yet sure how well it would sell.  Wish I would have picked up the others too!  I had this listed on CL as well as eBay and had several people contact me via CL asking if I’d be willing to ship it to them. 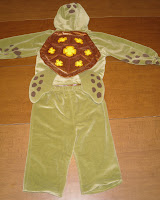 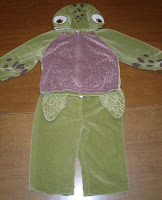 So . . . the day that this costume’s auction ended on eBay someone at preschool asked my son what he was going to be for Halloween.  His answer?  Mike Wazowski.  Ack.  Instant mom guilt.  I bought a bunch of costumes this summer, and I figured he wouldn’t even remember that we had the Mike costume once Halloween rolled around.  Guess I figured wrong.  But then . . . the gal who bought the costume e-mailed me.  In my description of the costume I wrote: “Tag says one size fits all.  I say 2T-4T.”  In her e-mail she said my description was “contradictory” and that she needed to know what the size actually was or she wouldn’t pay for the costume.  Say what?!  How is that contradictory?  I meant it to be clarifying.  One size fits all could mean anything; 2T-4T seems very clear.  And I did e-mail her back, basically repeating what I had written in my description, but also said if she decided not to buy the costume no big deal, but please let me know what she decided.  And then I hoped and crossed my fingers and toes that she would decide not to buy it and so I could be rid of my mommy guilt and let my son wear the costume.  A week went by.  Did I hear back from her?  Nope.  Rude!  But she didn’t challenge me when I put in to have my seller fees reimbursed, so I didn’t lose any money on the deal.  And, my 3 year-old made a very cute Mike Wazowski at our library’s Halloween party last week. 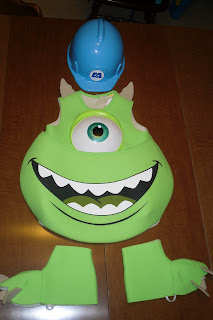 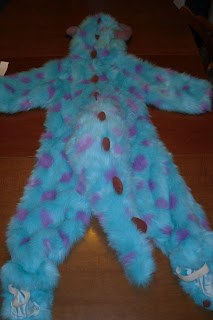 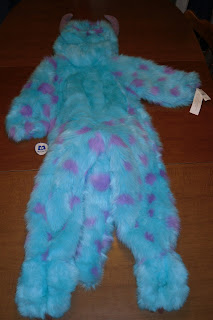 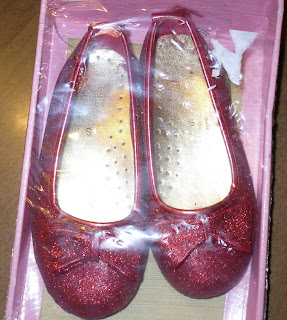 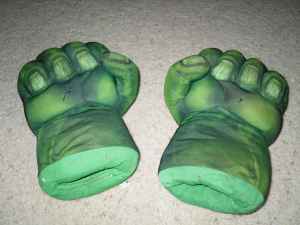 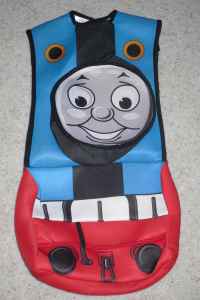 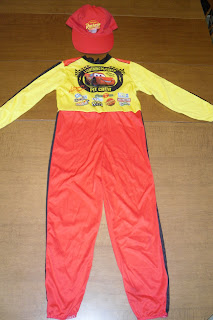 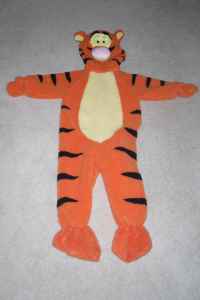 Belle, Snow White, & Sleeping Beauty Dress Lot
paid 50 cents for all 3, sold for $10 total (these were not high quality dresses) 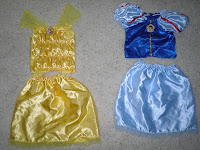 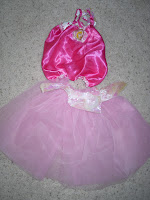 Sadly, I still have plenty that did not sell.  I picked up a Care Bears costume kind of late from a thrift shop for $3.50 that didn’t sell.  I also have a Winnie the Pooh costume that I’ve had for a couple years that still didn’t sell.  Both of those were listed on both eBay and Craigslist.  I also had a bunch that didn’t seem like they would be very in-demand that I had listed only on CL – two dragons, a tiger, a lion, a dog, a fireman, SpongeBob, and possibly one or two more that I can’t think of off the top of my head.  Next year during yard sale season I will still happily pick up costumes, but will be a little more selective.  Most Disney costumes will get a green light, especially if they aren’t very current (thus harder to find like Finding Nemo and Monsters, Inc).  Pooh and Tigger will probably be a pass for me from now on though.  As will most animal costumes.  Too many out there, not enough buyers.
What costumes did you find were a sure-seller?